This post was written by Anette Linnea who went on holiday in Sønderborg with her son. Anette is a busy blogger and traveller. Go to her blog and read (in Danish) her blog posts from their visit:

She also wrote a great post about a sculpture named The 7 Prophets by Zeng Chenggang that she was kind to let us translate it for this blog. 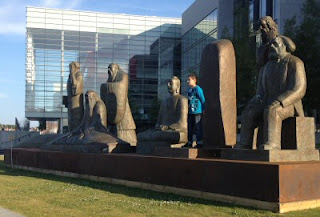 The summer holiday also included a visit to Sønderborg. Here we are by a statue next to the university, Alsion.

The statue is placed with its back to the university and front towards Als Sound, where sailors have the nicest view of the statue. It will stay there only till September – too bad that it is moving away again – I think this is the perfect spot for it. 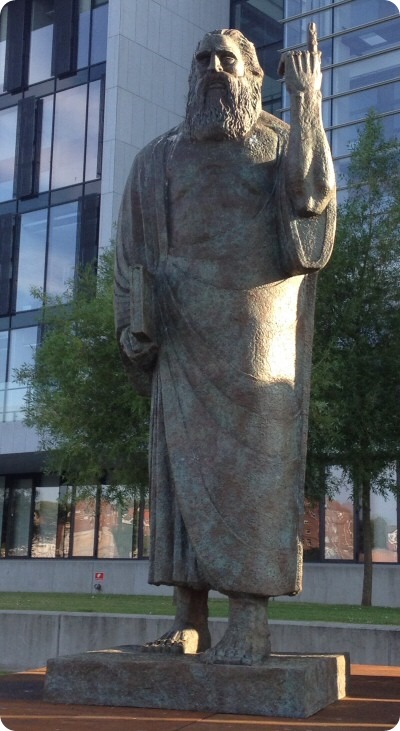 Let’s take them in sequence – first we have Socrates. 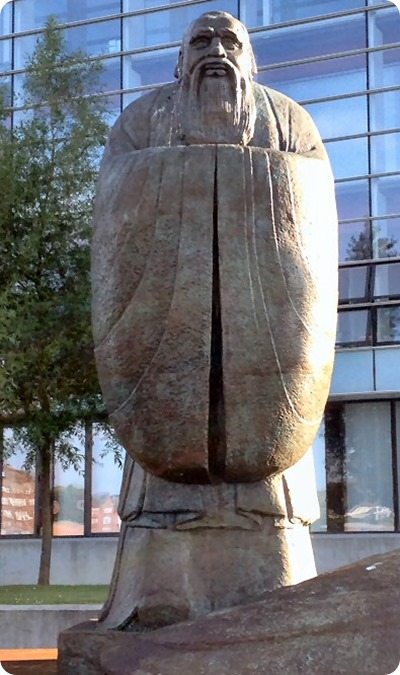 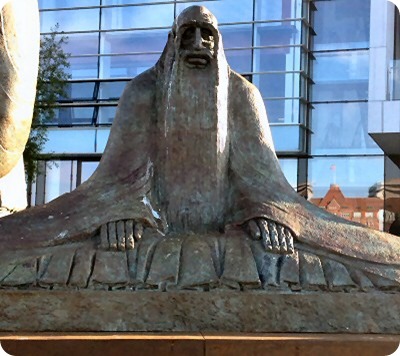 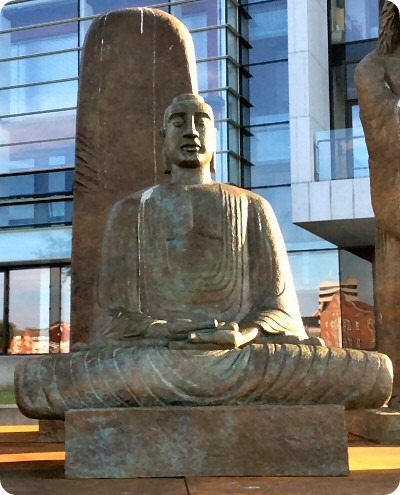 The round stone in the background represents Muhammad – who we know can not be not be depicted – instead he is present without being shown. Clever.

I didn’t realise this when I took the picture, which is why two prophets got in the same shot 😉 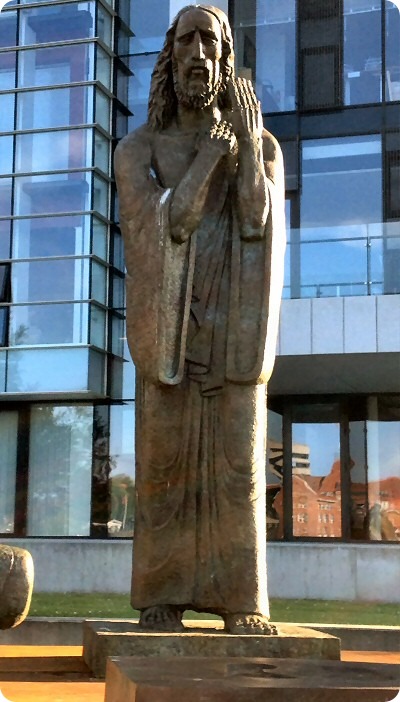 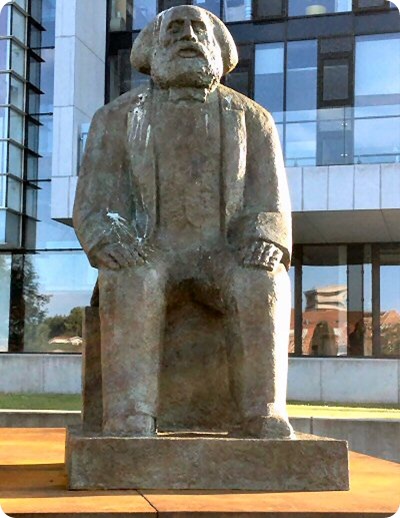 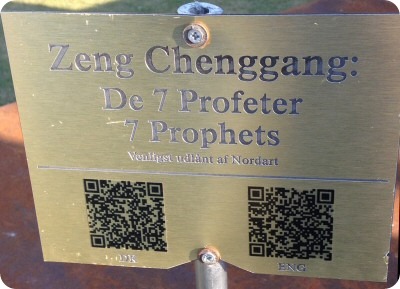 It was a good thing we could scan QR codes, otherwise we would have missed out on important information:

Infomation about the sculpture 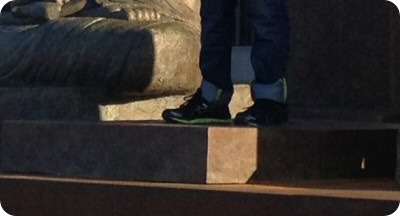 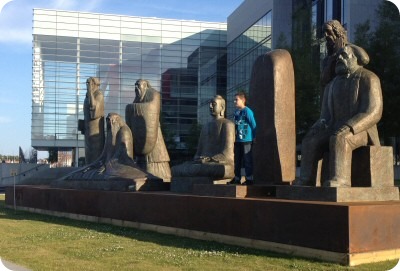 This is when we realised the low rock with a footprint that you can step into and become one of the great thinkers.

The role was done with great concentration by the youngest 😉 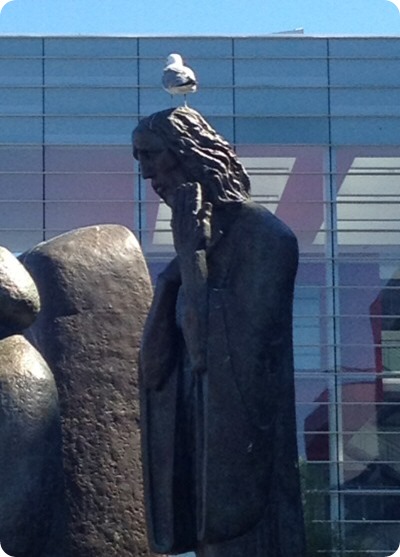 Even the birds appreciated the statue 😉

Just before we got on the train the last day we had to stop by the 7 prophets to give them a farewell.

Anette from the blog Linneas Univers blogs about creative works, geocaching, travels and a lot more.