Over the past few months the restaurant scene in Sonderborg has seen some changes. First there was Danish contemporary with the opening of Huset Blom close to the new year. This was followed by the opening of the Japanese Niso Sushi close to Easter. Now that the summer is close, it is the turn of an Indian restaurant: Curry Leaves. 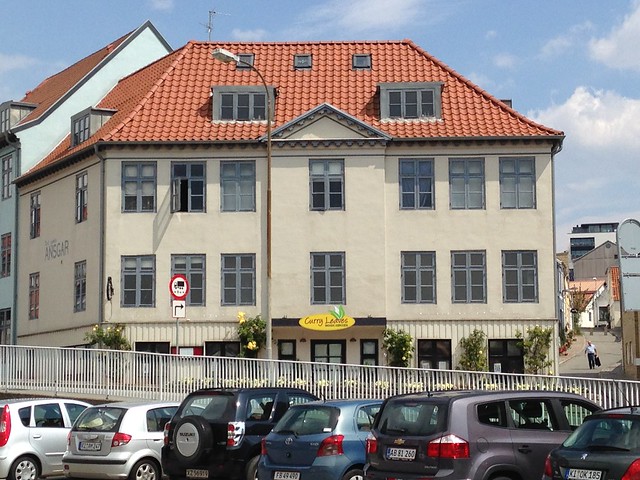 Curry Leaves opened on the 4th of July close to the harbour (where there used to be an Argentinian Steak House up to a few months ago). We visited Curry Leaves with some friends of ours on the Saturday to see what the restaurant will offer.

First of all I would say I quite liked the decor. Quite Indian/South East Asian without being over the top in your face all the time. Also, the space was bigger than I imagined the restaurant to be looking in from the outside.

For the first week the offer was that rather than ordering from the menu you could get a free mango lassi welcome drink followed by a buffet of a variety of dishes. I thought this was a great way of introducing the people to a wide variety of dishes they might want to try at a later point, as well as encourage them to be adventurous with their choices; if you don’t like it you can try something else. 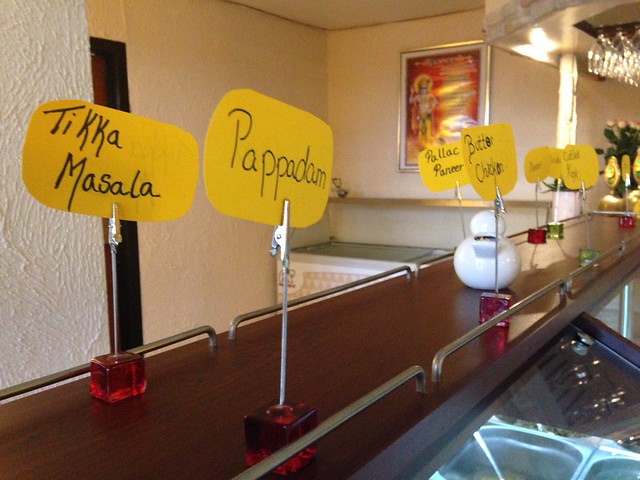 Although the buffet worked well from a selection point of view there seemed to have been some problems with supply. It could be that there were more people than they expected, with the restaurant being quite full. This meant that items constantly had to be replenished. They were doing a good job on the replenishment but, we were doing a much better job on the eating. 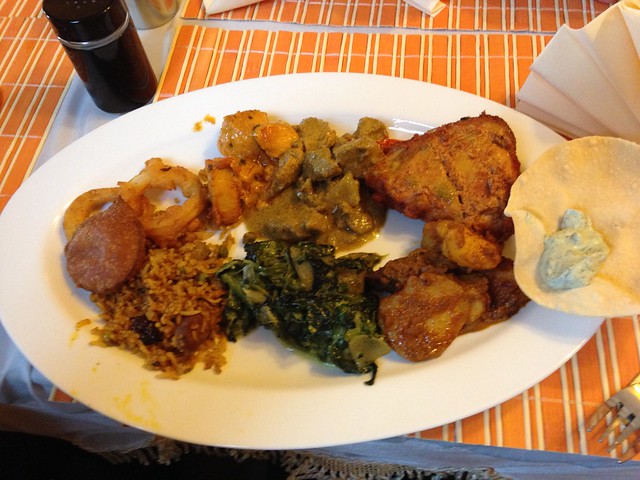 Nevertheless, the food tasted good. I particularly liked the butter chicken and the pallac paneer (a spinach dish). I would have liked the food to be a bit more spicy, especially the vindaloo, which I expected to be super hot. However, considering that they were trying to cater for so many different taste buds (including kids) I think it was a good compromise. They also promised us that when it is a regular restaurant from next week, you can ask for spices to your taste level.

So some teething problems, especially with the buffet concept they had on for this one week. However, we should probably return after they have settled into the serving restaurant concept in a few weeks time and see how they perform then. After all, the food was tasty (if not spicy enough for me). Oh, and if you go, do try the mango lassi! It was an inspired idea to offer them for free in the first week as I am sure many people will have them again and again on future visits… including me!