To relax before the arrival of a small addition to the family in the next few weeks we decided to take a relaxing overnight stay at Strandhotel Glucksburg. The hotel is situated right at the water edge on the German side of Flensburg Fjord, across from the Okseø islands and Annie’s Kiosk in Kollund. This gives the rooms on the water side (called Premier rooms) great views across the Fjord.

We stayed in a Premier Room overlooking the water. Our room was located on the fourth floor, which meant that we had to walk up stairs from the 3rd to the 4th floor. This is something to keep in mind if stairs is something you struggle with. However, the views over the water were well worth the climb, even if it was very grey, wet and windy when we were there! 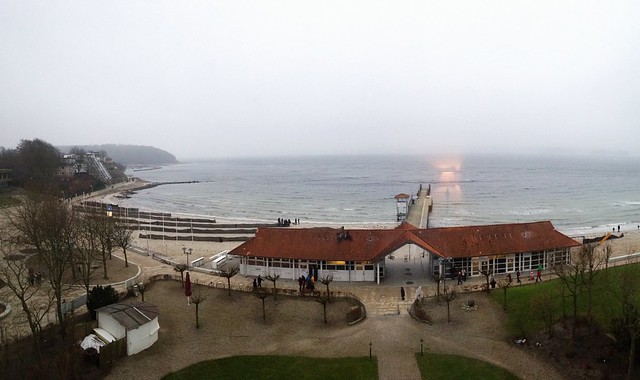 The room itself was quite spacious, with a sitting area on entry, quite a bit of storage if required, and a bed situated to look out over the water. I found the bed very comfortable, though Michael thought it was a bit soft. The linen, however, was some of the nicest I have ever used, particularly the duvet covers! I really need to find where I can buy some of it! 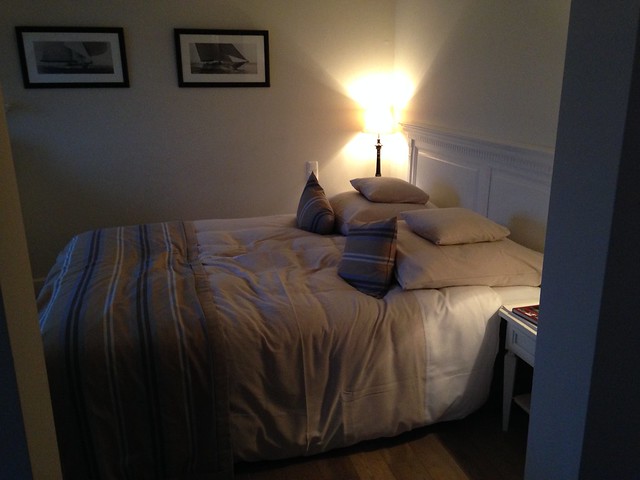 Going on to the bathroom, again relatively spacious. We had requested a room with a bath and even though we had booked only a few days before for what appeared to be a full hotel, this is what we got. The soaps/shampoos etc provided were also quite nice to use (which is not normal in hotels), though no hair conditioner was offered (body lotion was instead).

We had dinner in Restaurant Felix in the hotel itself. For some reason our reservation couldn’t be found, but we were anyways shown to a table (after some time of trying to figure things out). We were offered three 3 or 4 course menus, from which we could then choose individual dishes if preferred, as well as dishes prepared on a lavagrill. Both Michael and I opted for lavagrill dishes, with Michael going for a Husumer rumpsteak and I opted for a lamb fillet. This was then followed by a Valhrona chocolate dessert for Michael and a marzipan mousse dessert for me.

The food was well prepared and the portions were nicely proportioned. The highlights of the meal for me were definitely my lamb… it was very tender and very tasty… and the Christmas ice cream served with the chocolate dessert. This is not to say that the rest was not good, but that these 2 things were exceptionally good!

Throughout the meal the service was also very good… not intrusive but present, and everything done with a smile. All of the servers seemed like they were enjoying what they were doing, which always makes for a pleasant meal out.

Breakfast in the morning is again served in Restaurant Felix. As the previous night, the service was really friendly, and the food was good. There was a wide selection of items, from warm food (3 types of eggs, sausages, bacon and meat balls), good selection of cheeses and hams, toppings, yoghurts, pastries, bread, cereals and juices. There was also a make your own pancakes station!

My absolute favourite thing at breakfast was the home-made muesli porridge offered. To be honest it didn’t look like much and I was going to skip right over it. However, the name intrigued me so I decided to try it out. The home-made muesli is made into a porridge and served with fruit inside (I could distinguish apples and grapes at the very least). It was surprisingly really good… good enough for me to take another portion rather than opt for something else! The pancake station was a hit with Michael, although very few people seemed to be making use of it.

Strandhotel Glucksburg is known as a wellness hotel. As such it offers a variety of saunas for use by the guests, as well as treatments. Unfortunately for me it is not recommended that I use saunas at the moment so we didn’t make use of the wellness facilities at the hotel. However, we did go to have a sneak peak and were very graciously offered a tour round by the receptionist there. Definitely something to check out in more depth next time we are there.

We took it easy while we were at the hotel, went for a short walk along the water and went for a swim in nearby Forde Therme. Close by is the beautiful water castle Schloss Glücksburg that we have visited on another occasion. If you are into royal matters this is the ancestral home of the House of Glücksburg which includes the current royal Danish family and many of the other royals in Europe like Price Philip of Great Britain. 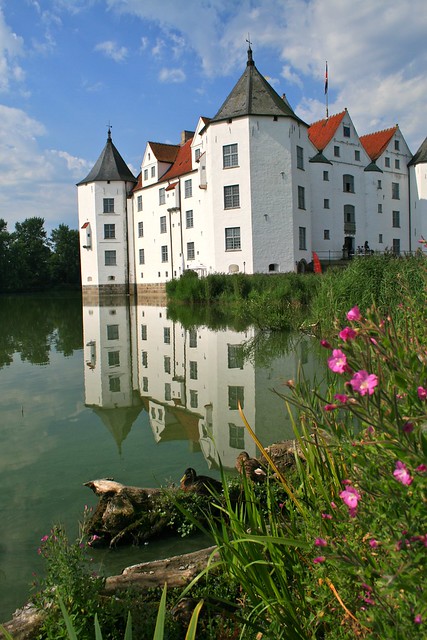 The hotel is not cheap, but if you are looking for a relaxing place it is something to consider. We thought the price was worth it for somewhere close by where we could go to relax. The service was also great all around. What we need now is to have another opportunity to use it (and find what linens they use! They were divine… so if anyone knows, do let me know).